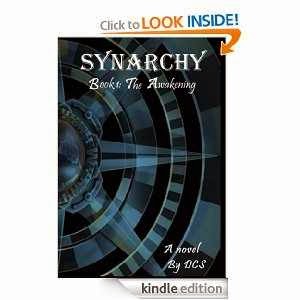 A plan is exposed, centuries in the making and so sinister not even the legend himself could have predicted the depth of its impact on the world. In his lifetime Stefano Terenzio had a merciless ambition for absolute power. Two generations later the shock wave he ignited was still being felt. Now, as the world inches closer to 2012 sides are chosen, families divide and an epic battle begins that will determine whether mankind continues existing in a world of lies or shatters the chains that have held us prisoner since his-story was written. "I will die to see my will done, and it will be done." Shocking yet hopeful, Synarchy slowly unravels the tightly laced reality we have created for ourselves. Blending the metaphysical with conspiracy, fact with fiction, debut author DCS has opened up a world that will force you to rethink everything you believe about your own. The knowledge within provokes the question: do you really want to know?

Review: Sci-Fi is Sci-Fi right? Not this time. This book put a very original twist on things. It has mobsters, sex, back-stabbing and so much more.

This book kept you guessing with twists and turns. Just as you thought one thing was going to happen, DCS took you in a different direction. We all know how much I enjoy books that surprise me.
We all like a good conspiracy theory too. But, those are mostly worthless without mixing in some facts -- which is exactly what The Awakening does.
Great characters, great descriptions. A must have for those who already enjoy Sci-Fi and a great book to start out with for those who aren't too sure about the genre.