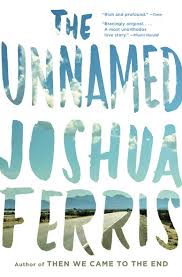 Publication Date: January 15, 2010
He was going to lose the house and everything in it.


The rare pleasure of a bath, the copper pots hanging above the kitchen island, his family-again he would

lose his family. He stood inside the house and took stock. Everything in it had been taken for granted. How had that happened again? He had promised himself not to take anything for granted and now he couldn't recall the moment that promise had given way to the everyday.


Tim Farnsworth is a handsome, healthy man, aging with the grace of a matinee idol. His wife Jane still loves him, and for all its quiet trials, their marriage is still stronger than most. Despite long hours at the office, he remains passionate about his work, and his partnership at a prestigious  law firm means that the work he does is important. And, even as his daughter Becka retreats behind her guitar, her dreadlocks and her puppy fat, he offers her every one of a father's honest lies about her being the most beautiful girl in the world.

He loves his wife, his family, his work, his home. He loves his kitchen. And then one day he stands up and walks out. And keeps walking.

THE UNNAMED is a dazzling novel about a marriage and a family and the unseen forces of nature and desire that seem to threaten them both. It is the heartbreaking story of a life taken for granted and what happens when that life is abruptly and irrevocably taken away.

Review: This is a pretty original idea for book. This book brings to light what could possibly happen, along with the struggles involved, in being married to {having a family member within your home} that has an almost compulsive disorder.
Tim will just walk. He gets compelled to start walking and he leaves everything and cuts off contact with everyone to do just that. It can be hours or even weeks. Then comes the call to pick him up and who can ever be certain as to where his pickup will be. The weather doesn't affect this thought to simply just walk.
Joshua explores the mind and human limitations as well as a search for a cure through this book.
I found my brain working a lot on this one for some reason. So, I'd recommend this for one of those times that you're in the mood for a thought provoking read.