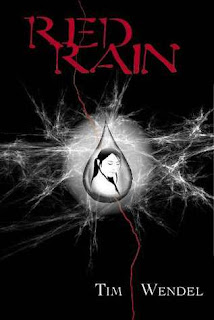 Summary from GoodReads: As the B-29 bombers began to pound Tokyo and most of the other major Japanese cities to rubble, the Japanese military became desperate to find a way to once again instill fear in its enemies. Out of such efforts was born the greatest secret of WWII — the fire balloon. One woman, Yoshi, camouflaging her identity, is sent to uncover these delicate but deadly creations.

My Review: Yoshi travels off on a journey few would expect her to take on. Would you assist the same people who condemn you? She travels to Japan during WWII and finds herself encountering a scientist that believed in the gods, an unlikely helper that she loses too soon, the advice of an elder...she even encounters the test of buddha the woman in blue. We also hear the start of Smokey the Bear within this book {remember: Only you can prevent forest fires}.
This book, though telling you of a well kept secret from the war, still allows you to learn the characters, get to know them and builds a story behind a story. This is a great read for one of those cold nights with a blanket, some pillows and maybe even a fireplace.
RATING: ♥♥♥♥
Pages: 251
Softcover
Review copy of this book provided by the author/publisher in exchange for a fair and honest review. In no way did the provision of the book affect the outcome of my review.
Share This