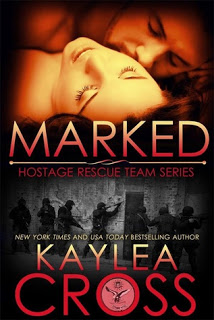 Successful architect Rachel Granger loves her job and her life, but when a terrorist on the FBI’s most wanted list targets her, there’s only one man she can trust. She hasn’t seen Jake in years but her former college friend told her he’d always be there for her and she definitely needs him now. Even though her feelings for him go far deeper than friendship and just being around him risks her heart, she would do anything to keep those she loves safe from a madman bent on unleashing hell.

Only one man from her past can help

FBI Special Agent Jake Evers made the biggest mistake of his life when he let Rachel slip through his fingers over two years ago. It doesn’t matter that he hasn’t seen her since then—if she needs him, he’ll be there. When he learns that she’s the target of a domestic terror cell, he’ll do everything in his power to keep her safe. He’s never gotten over her and won’t risk losing her again now that she’s reappeared in his life. But the threat is more widespread than they realized and now it’s a race against time to keep her and scores of innocent civilians alive.
Product Details

Quote: “Ugh, can’t you at least wait until the game’s over and then I’ll go to bed so you guys can…whatever?”

What I liked: I am a bit biased in my love for the name Jake, so there were instantly a few brownie points there. Anyway (lol) Jake’s character was strong and often without hesitation (except when it came to Rachel). I enjoyed his ability to go into things with no fear and do what needed to be done. HOT!

What I didn’t like: Jake was fearless EXCEPT when it came to Rachel. I mean, honestly – why deny feelings for so long when basically work is your only excuse for doing so?

What bugged me: 1) So long apart – I mean I get jobs and military and such, but come on. Who really allows a fire to go unnoticed that long? An email, a need for help. I don’t know just bugged me.
2) Such a quick ending. It’s like they’re apart – he’s saving her – they’re together – the end. I was looking forward to a bit more steam.

Review: Jake and Rachel had known each other for years and seemingly were great friend that never dated because they were always dating other people. Years later, during some down time, Jake sends an email – basically ignored. However, when Rachel finds she may be in danger, she decides to email him for help. (Hey, and of course her responds.)
The story had plenty of action and some back and forth play on emotions for Rachel and Jake. There was also instances of regret from both as they weren’t too sure of where they stood with one another all the time and often wished things had been different when they were younger. It made for a solid, but quick, story.

Will I read more in the series?: Yes