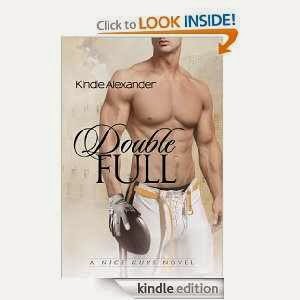 Publication Date: October 7, 2013
Up and coming football hero, Colt Michaels, makes a Hail Mary pass one night in the college locker room that results in the hottest, sexiest five days of his young life. However, interference after the play has him hiding his past and burying his future in the bottom of a bottle. While Colt seems to have it all, looks can be deceiving especially when you're trapped so far in a closet that you can't see your way out. When ten years of living his expected fast-lane lifestyle lands him engaged to his manipulative Russian supermodel girlfriend, he decides it's time to call a new play.

Jace Montgomery single-handily built the largest all-star cheerleading gym in the world, driven by a need to forget a life-altering encounter with a handsome quarterback a decade ago. His reputation as an excellent coach, hard-nosed business man, and savvy entrepreneur earned him respect in the sometimes catty world of competitive cheerleading. When Jace learns of his ex-lover's plans to marry, his heart executes a barrel roll and his carefully placed resolve tumbles down without a mat to absorb the shock. Can his island escape help him to finally let go of the past and move his life forward?

Review: I don't read too many books like this. I've found that they're either really great or really bad. With this one, I found I enjoyed the love Colt and Jace had for each other, for years, from a distance. When they got together, it made it great. But, as with all things, just because you want it, doesn't mean you'll always be able to have it.
With a controlling father (and being first draft pick for the NFL), Colt couldn't be gay. Differences, struggle, heartache, unhappiness, and years pass.
Truly a story that pulls you in. You want Colt and Jace to get their happily ever after so badly. It's a page turner and a must have.